The Love Harder Project tribe is made up of a group of humans who have the same goals. In addition to wanting to end hate and discrimination in our communities, we all have a strong love for baseball, music, and humanity. We have become more than just a team of board members. We are a family. 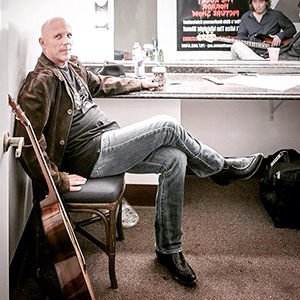 Flan retired from professional baseball after the 2014 season, having celebrated winning three World Series titles with the San Francisco Giants (2010, 2012, 2014). He took his 36 years in the game – 11 years as a player with the San Diego Padres and 18 years as a coach for both the Padres and the …
San Francisco Giants, plus playing or managing in the minors mixed in there – and learned a new way to honor the game he loves. He took to being in front of the camera as a baseball analyst for both the MLB Network and NBC Bay Area Sports. Through those 30 plus years, and even before his time on the field, his guitar was a constant companion so music was part of Flan before, during, and after baseball. He released his first studio album, “Looking Back,” in 1997 and has consistently released albums through today, the longest time between any two releases being three years. He would record on off days during the season then play shows during the off-season, or “music season” as his fans and his all-star band, the Lunatic Fringe, came to call it. Read more 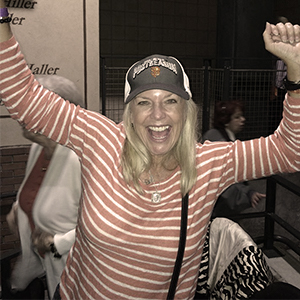 Donna and Tim have known each other since they were kids. They have three children and three grandchildren. From the bleachers to backstage, Donna is Flan’s biggest cheerleader. She has been on board with the Love Harder Project since day one. She is the original “merch girl” and can often be found behind the merch table at Lunatic Fringe shows. In her spare time, Donna enjoys traveling, going on long walks, and spending time with her grandchildren. 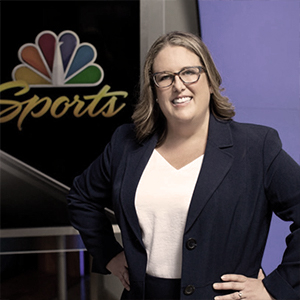 Devon had been in sports television in the Bay Area for the last 20+ years. She met Tim (and Donna) while Tim was coaching for the Giants and always knew when Tim was ready to retire, he would make a great analyst. She is passionate about music and believes in the power of kindness so getting … involved with the Love Harder Project was a no brainer. Devon lives in Oakland with her husband Justin, son Tristan, and Calvin the dog. Our world is constantly changing but one thing that’s for sure, we can all use more kindness. Read more 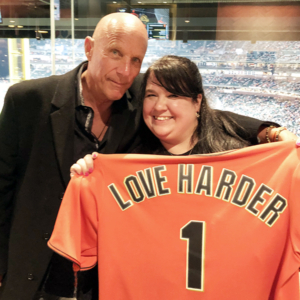 Amanda was born and raised in Sacramento, California. While her home has always been Sacramento, she feels the most at home in San Francisco and the Bay Area. Her Love Harder journey started at the beginning of the project by creating the #LoveHarder bracelets. What started out as her own …
personal fundraiser to help the Stow Family, the bracelet project took on a life of its own when Amanda’s path crossed with Tim’s. Amanda was one of the founding board members of the Love Harder Project and designed our logo. She currently holds the role of Art Director and she also handles our social media channels. Philanthropy is a big part of who Amanda is. She spends her time looking for ways to make our communities better, not only with the Love Harder Project but on her own as well. She also is a member of a local Rotary club. In her spare time, Amanda enjoys traveling, photography, and spending time with her family and friends. She is also a mom to two fur babies, her cats Pence and Scout. Amanda’s hope for the Love Harder Project is to continue our work in the community, working to put an end to bullying, hate, and discrimination. Read more 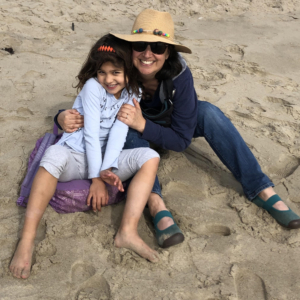 Helen met Tim at a party in San Francisco where he told her young son if he wanted to make it to the majors he should do 50 fingertip push-ups a day. Years later the host of the party, Wayne, learned that Tim’s non-profit was taking lift off and that there were a lot of questions about finances and donors.
Wayne knew that Helen would be the right fit for Tim since she had experience with non-profits, bands, and loved baseball. After an interview with Donna at the merchandise table, Helen joined the Love Harder team in 2015. Helen lives in Marin County with her family. There she does accounting work for non-profits and small businesses working toward a greater good. Read more 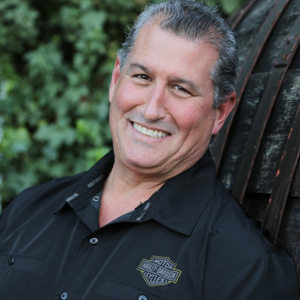 As a youngster, Jeff dreamed of becoming a police officer, but life took him a different direction. Although he did not realize his dream, over the last 27 years Jeff has been able to establish a strong relationship with the Santa Rosa Police Department through his business ownership and service at a …
Santa Rosa downtown business. Jeff’s passion to help those in need and serve the community has brought him the opportunity to donate time and effort to many non-profit organizations throughout Sonoma County and beyond including serving as a board member on the Santa Rosa Police Foundation. He currently works at another Santa Rosa family-owned business where part of his responsibilities includes community outreach. He is a dedicated husband, father of 5, and grandfather of 2. When not attending to his grandchildren, he enjoys going to Giants games, concerts, and traveling with his wife, Sandi. Read more 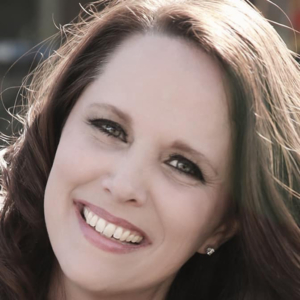 Sandra moved from the Bay Area to Santa Rosa in the summer of 1991. She served as a board member of the Bennett Valley Union School District from 2002 to 2014, currently holds an appointed board member position on Santa Rosa’s Board of Community Services, as well as serving as a board …
member on the Santa Rosa Police Foundation. She is passionate about serving within and nearby her community. In addition to being a wife, mother of 5, and grandmother of 2, she is an avid Giants and 49ers fan. Sandi spends her free time going to Giants games, concerts, and traveling with her husband, Jeff. Read more 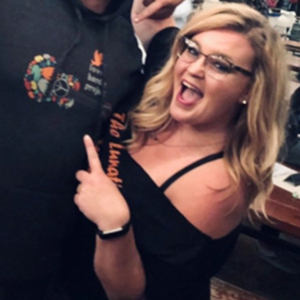 Brandi helps with an integrative approach into the community as she networks with many groups. After spending nearly a decade working in the education field with children who are differently-abled she now holds a respected role within the healthcare community—and it’s not just standing …
up with compassion for the children in the community that puts her heart with the Love Harder Project but guiding women through an empowered journey as they battle Breast Cancer and Reconstruction. It’s how well she connects with the heart-beating people of the community that aid in the promotion of our missions through communication and understanding. She assists with the communication and social footprint in the promotion of the healing music of Tim and the band. In addition to her extensive love for being the ‘yes friend’ and traveler, she cares deeply for the people in our communities and fines ways to take part in that be it volunteering or creating an adventure. Brandi is presently working to further her degree in Community Healthcare Education and aims to further a degree as a Physicians Assistant while serving in her role with the Love Harder Project and keeping up with her passion for music. Read more